Americans talk of “bicoastal living” when they travel back and forth between the East and the West coast. In November 2020, I started living a “bi-continental life” between Europe and North America, much of it virtually. Before that, things were simpler. 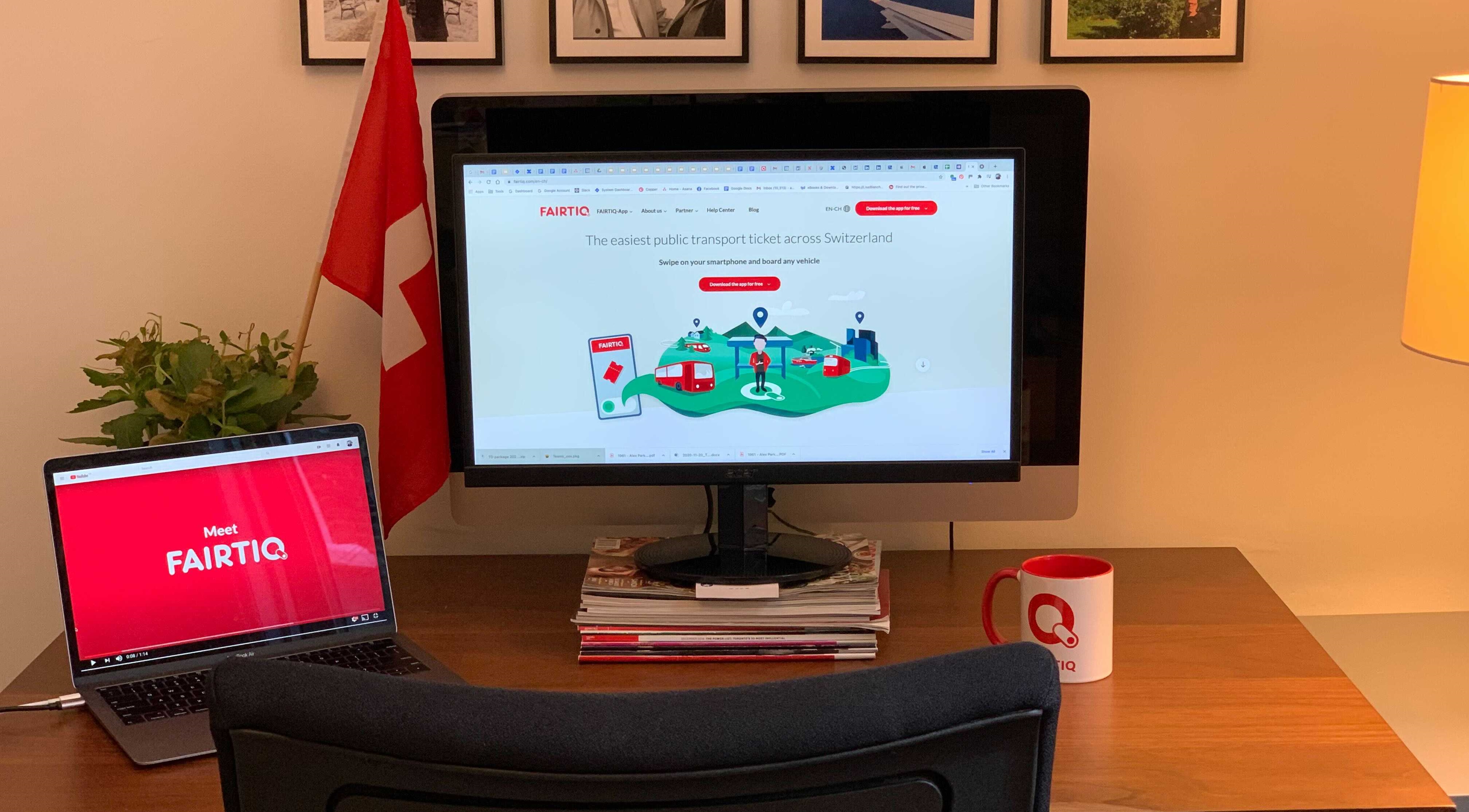 In 1993, feeling that Switzerland was too small (we were not allowed to work in the rest of Europe yet), I moved to Canada to study. After graduation, I decided I wasn’t ready to return, met my partner, got married, became Canadian in 2000, and spent the last 10 years working for a public transport agency in Toronto. When my father became gravely ill, the tyranny of distance became painfully obvious - something my 19-year old self had not spent much time reflecting on. Then came the pandemic, and in April 2020, I was unable to travel to attend my father’s funeral. Around the world, the story was repeating itself - many of us had always counted on being able to jump on a plane. On Facebook, thousands of Swiss living abroad found one another and built vibrant online communities, sharing their experience of feeling stranded… and pictures of their Swiss dishes, recreated far away from home.

In November 2020, my life changed when I joined FAIRTIQ. Every day, I tend to start the day “in Switzerland” or in the rest of Europe, as if I were there. In the afternoon, my attention turns to North America. It was not before the summer of 2021 that I actually met my colleagues, save for our founder and CEO I had met at a conference and while in Berne.

I am now fortunate to work on exploring the North American market - with its unique characteristics - as well as supporting our expansion in Europe and even beyond. It feels like a unique experience to jump from country to country without leaving my chair, debating ideas in French referring to a document in English, digging through reference documents in German, or reading the Portuguese news to understand the latest developments there.

It also means encountering different work habits while sitting on the chair as when I was working for a local government agency. First, the emphasis on work-life balance with many of my colleagues working 4 days a week (in Canada, the concept barely exists), and dishing out honest feedback without batting an eye, which is unheard of in Canada.

Fortunately, I am not a prisoner in my home office. Despite all the digital tools we have at our disposal, face to face meetings are still the best way to debate, convince and create - both with public transit agencies and colleagues. So sometimes I do leave my chair to attend conferences, visit clients and build the future with teammates. The last month took me to four countries with four languages and four versions of springtime, and while I am now at home, the office door is never really closed. I get to travel around the world from my home office every day.

20.07.2022 | Bruno Rohner
My life between FAIRTIQ and time consuming hobbies
FAIRTIQ, triathlon and photography, how can that work out?

28.06.2022 | Sarah Collard
Our Belgium Market Visit
As the world is finally opening up again, FAIRTIQ is back on the road.