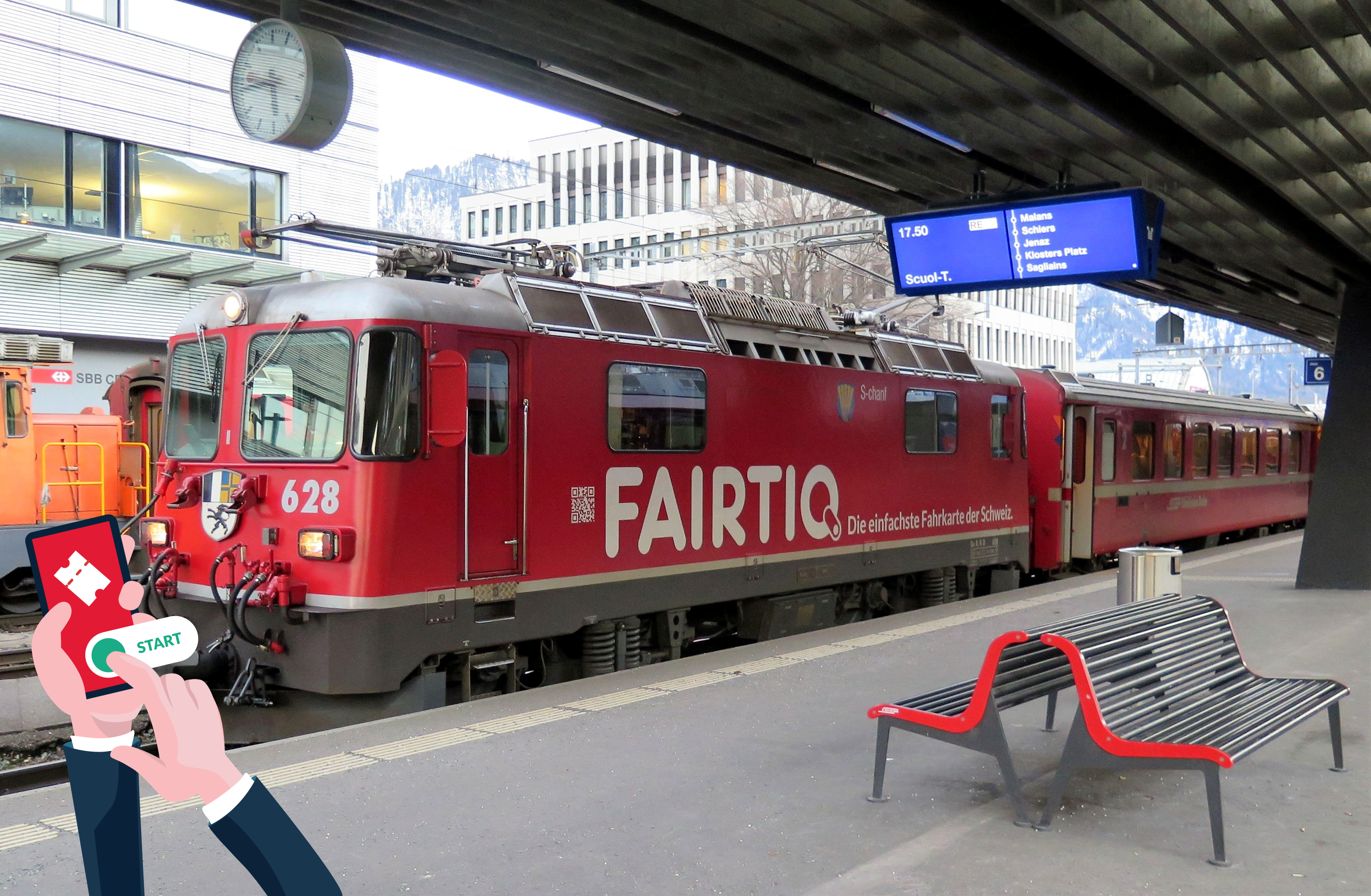 How it all started

It was a sunny spring day when we arrived at the theater where the press meeting would take place, the air was fresh, the birds were tweeting. The whole project team was excited because we had spent months working on a groundbreaking app for public transport behind closed doors. Little did we know how the app would be received. The room quickly filled with journalists. Everyone was impressed with the solution we launched on the day.

Passion, courage and the right partners as a recipe for success

The passion for public transport and the conviction that easier solution to purchase tickets could be found had driven us from the first ideas to this Thursday in April 2016. We had found three incredible partners in TPF, VBL and RhB. Together with us they took a bet in making people’s lives easier when buying public transport tickets.

Loved by users, valued by partners

Today we celebrate FAIRTIQ’s third birthday. We know now that people love our app and we are honoured to count almost 30 transport companies as our partners. Not only in Switzerland, but also in Germany and Austria. We look forward to welcoming new partners and app users in new regions in the near future.

In just three years FAIRTIQ has made sure that the people paid the best available tariff for more than 4.4 mio. journeys across Switzerland. The user base continues to grow month after month.

Positive feedback such as the one from Nik are a key driver to the whole team to continuously improve the app, while keeping it super simple.

Best possible public transport app at the moment. A monkey after three gin and tonics could operate it. The prices are often cheaper than with VBZ directly. Design is top notch and friendly. What is seldom mentioned but important is that the setup is super easy with no stumbling blocks. And NO, I have no connection to the company.

Whether you want to visit the museum across town, go for a hike in the mountains or visit your parents which live in another region of the country - You just have to "swipe" before boarding any vehicle and again when arriving at your destination. That’s it. Enjoy your ride - we take care of your tickets.

By Jonas Lutz
Product & Marketing
Categories:
To read next

26.10.2021 | Helena Köfler
FAIRTIQ app off to a flying start in Freiburg
Over 1,600 new users signed up to the app within three weeks of its launch in early October.

26.10.2021 | Carolin Frühauf
Industry Interview: FAIRTIQ arrives in Bremen
The FAIRTIQ app has been up and running across the VBN public transport network since summer 2021.