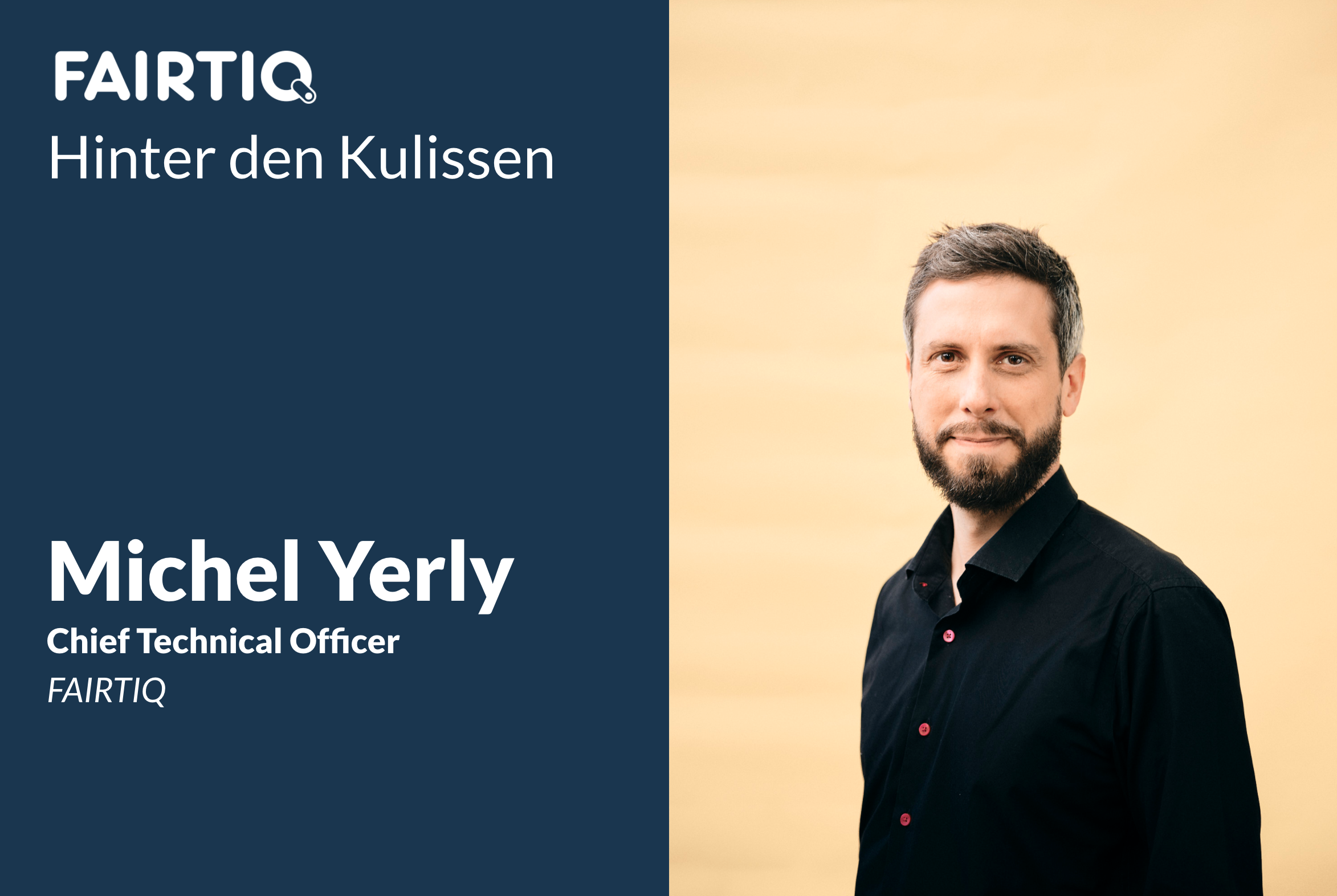 In this FAIRTIQ Behind the scenes interview, Michel Yerly Chief Technical Officer and member of the founder team shares insights on the technological evolution of the FAIRTIQ solution and what the future holds for.

A ticketing solution that public transport providers can implement easily, flexibly and cheaply was the vision that led to the launch of FAIRTIQ in April 2016. Fast forward to 2021 and the start-up can now count on a 70-strong team. Since its launch five years ago, the app has become an indispensable travel companion for public transport users across Switzerland and Liechtenstein, and in many parts of Germany and Austria as well.

Recently FAIRTIQ marked 26 million trips that have been made and the numbers keep on growing.

In may 2021 it was not only the official celebration month of FAIRTIQ’s five years of revolutionising ticketing but also marks the introduction of the latest technological news:

The FAIRTIQ team has trained the technology to identify different types of movement. By analysing geodata, it can tell whether the app user is walking or stationary, and whether they have switched from the bus or train to another form of transport (e.g. from a bus to a private car or taxi). The system will then calculate the fare and charge the user only for the legs of the journey that it detects to have been travelled on public transport.

No matter how clever the technology is, the user remains in control at all times. Smart Stop does nothing without the user's permission. As soon as the system suspects that the person is no longer on public transport, it triggers a countdown and sends a push notification to the user's smartphone. The person is then free to decide to let the system take over and automatically end the journey. Alternatively, the user can check out manually or stop the countdown if their journey is not over.

Smart Stop is not automatically activated; users have to activate the feature in the FAIRTIQ app settings before they begin their journey. It should go without saying that it is the public transport user’s responsibility to ensure that she/he has a valid ticket for his/her journey.

In the following Behind the Scenes interview with Michel Yerly, find out more on the evolution of the FAIRTIQ technology throughout the past five years:

When you first heard about the FAIRTIQ idea five years ago, what did you make of it? Was it something you had thought about already or something you could relate to?

It was obvious to me how it would simplify people’s lives and at the same time help public transport operators to improve their network. On top of that, FAIRTIQ lowers the entry barrier for public transport operators because it requires no hardware other than people’s phones.  They also don't have to worry about maintenance because we provide them with a ticket sales channel as a service, which just works by itself. I also saw a lot of potential for us to innovate in multiple domains.

The FAIRTIQ team hid smartphones in buses in order to collect GPS data. Why did you do that?

Computing public transport journeys from GPS data is tricky. We needed enough data to train and validate our algorithms before we even had our first users. We had no clue what the data would look like, as every smartphone and every corner of the city have their own specificities. Hiding smartphones in buses was a way to collect enough data over a long period of time without involving people.

Did the FAIRTIQ prototype look very different from the current version? If so, how?

The first version looked quite similar to today's version. We wanted to make something extremely simple to use. In the end, what we created was so simple that there was not much left for us to simplify – all we had was a big slider for the check-in. The app has acquired new features over the years but most of the upgrades have happened behind the scenes, such as covering more regions and improved journey detection.

What technological milestones has FAIRTIQ reached over the last few years?

At the beginning, you could only use the app in a few regions of Switzerland. As we added more and more regions, naturally we also wanted to allow users to travel from one region to another. This is how we introduced the nationwide coverage in 2018. For the first time, people could travel from anywhere to anywhere with any means of public transport in Switzerland. Now FAIRTIQ sells in multiple countries.
We've been working hard to improve the journey computation and recognising when people are not in public transport, so that we always charge the right price. Smart Stop is the latest improvement in this area. It detects when the user's journey is over and checks out for them.

My friends often ask me, “Now that FAIRTIQ is done, what are you going to do?” In reality, FAIRTIQ is far from done. We can still improve it in many areas. Smart Stop is a recent example. Everybody used to get annoyed when they forgot to check out, but no-one expected us to release a feature that would resolve this problem. In fact, we're not running out of ideas. If anything, we’re struggling to decide what to pick next.

The more people who use the app, the more challenges arise. What are the main challenges and what are you doing to tackle them?

The more people travel with FAIRTIQ, the more we have to ensure reliable service. This includes making sure the system computes journeys correctly, doesn’t leak money, provides stable operation, and detects fraud automatically.

Is the future of public transport ticketing 100% digital?

Yes. Paper tickets won’t disappear for as long as people buy them. However, more and more of us are opting to buy our tickets digitally because it is simple and convenient. In the future, buying digitally won’t necessarily imply owning a smartphone.

What are you currently working on and what will be the next tech news from FAIRTQ?

We're working on an exciting feature which will be released in the 2nd half of the year.

01.06.2021 | Dominic Müller
How FAIRTIQ can boost your digital marketing capabil...
A closer look at FAIRTIQ's marketing support for the MVV SWIPE + RIDE pilot.

31.05.2021 | Sarah Collard
Pilot project launches in Nouvelle-Aquitaine
The second pilot in France gets under way on 1 June.