436 times to the moon and back: that is the total distance travelled by FAIRTIQ app users in the last five years. 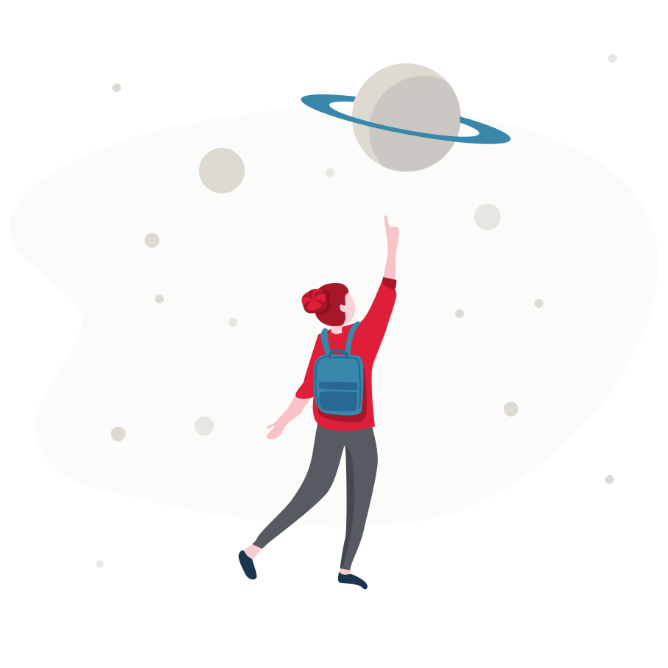 “At FAIRTIQ, we are thrilled that so many people have embraced our vision. We are equally delighted to watch our team and network of public transport partners grow, and take pride in the fact that more than 24 million trips have been made with the FAIRTIQ app to date.” Gian-Mattia Schucan, FAIRTIQ founder and CEO

From vision to reality: How it all began...

The FAIRTIQ solution began with a vision: making public transport use easier than ever before. Gian-Mattia Schucan and Jonas Lutz, who were working at the Swiss Federal Railways (SBB) at that time, wanted to introduce a be-in/be-out solution, which would make it much simpler for SBB customers to get from A to B.

Unfortunately, the project had to be put on hold for a number of reasons. Undeterred, Gian-Mattia and Jonas decided to go it alone and brought Michel Yerly, Jeremy Naylor, Andrin Huber and Roman Prokofyev on board.

Read the whole story on how FAIRTIQ was founded here in our Press Release.

Less than two years after the March 2018 launch, the FAIRTIQ app had been rolled out across Switzerland and neighbouring Liechtenstein. Since then, a growing number of regions in Austria and Germany have also come on board. 2021 will see public transport providers in Belgium and France join FAIRTIQ's burgeoning partner network. 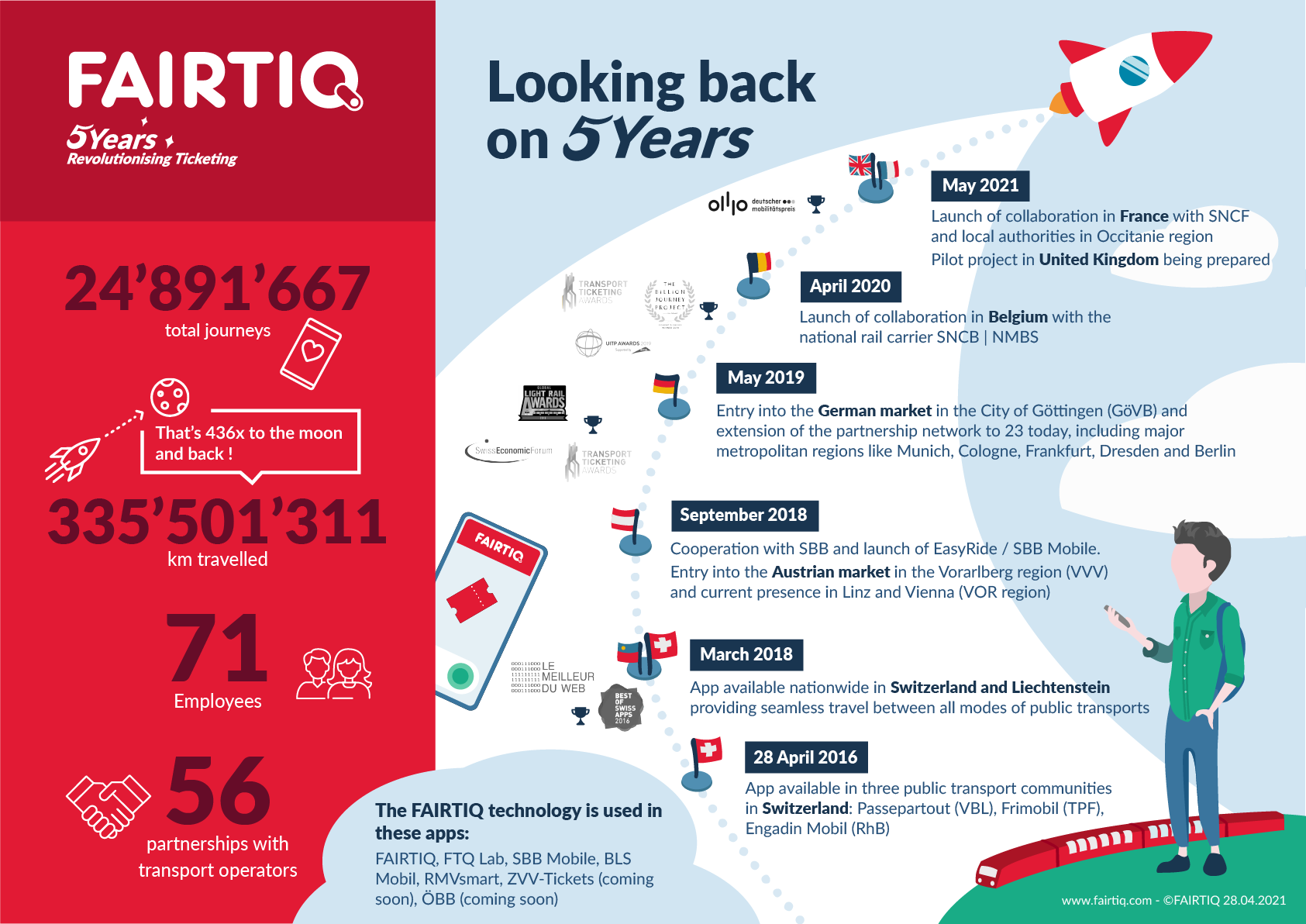 Five years in the fast lane: FAIRTIQ is now the world's most successful check-in/check-out solution

Today, FAIRTIQ can rely on a 70-strong team who works day in day out to ensure that the innovative smartphone app is the best it can possibly be. The FAIRTIQ ticketing solution is in use across the entire public transport network in Switzerland and Liechtenstein, as well as in many parts of Germany and Austria. To date, some 24 million trips have been made with the FAIRTIQ app. Not even the COVID-19 pandemic has stopped the technology in its tracks.

FAIRTIQ and the COVID-19 pandemic – an opportunity, not an obstacle

The coronavirus pandemic has spurred the public transport sector to redouble its digitisation drive. Despite the lockdowns and the rise in remote working, FAIRTIQ proved to be an effective tool for attracting new customers and winning back inactive users. The global public health crisis in 2020 prompted many new public transport partners to adopt FAIRTIQ's innovative, contactless check-in/check-out solution.

FAIRTIQ celebrates its 5th birthday with and for its partners

FAIRTIQ will celebrate its 5th birthday throughout the month of May. As well as a special birthday video and a cool online competition (in the form of an interactive map), longstanding and new FAIRTIQ fans in Switzerland can look forward to a CHF 5 bonus as part of the start-up's Member-Gets-Member scheme. Click here for more details about our month-long celebrations. 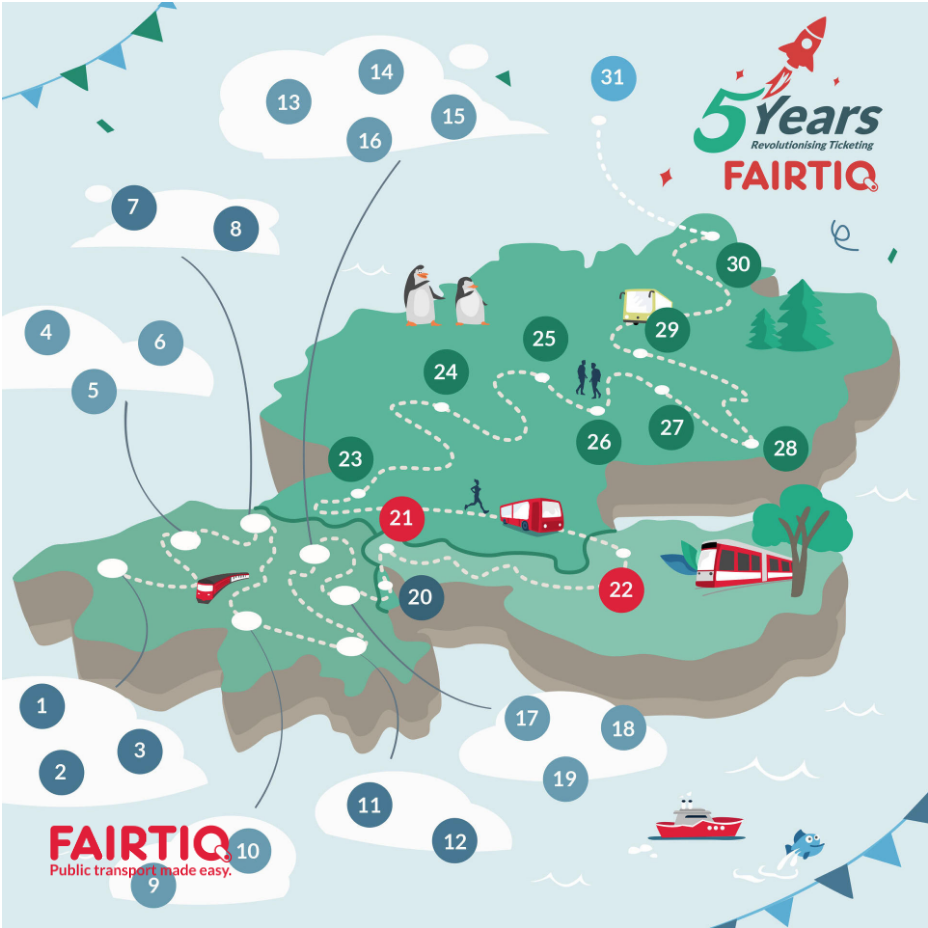 FAIRTIQ worked with many of its public transport partners to create the fun, interactive map. As users explore all the regions in Switzerland, Austria, Germany and Liechtenstein which have adopted the FAIRTIQ solution, they will also be in the chance of picking up some great prizes along the way. Our thanks to all FAIRTIQ partners for their invaluable input! Click here to view the interactive map. 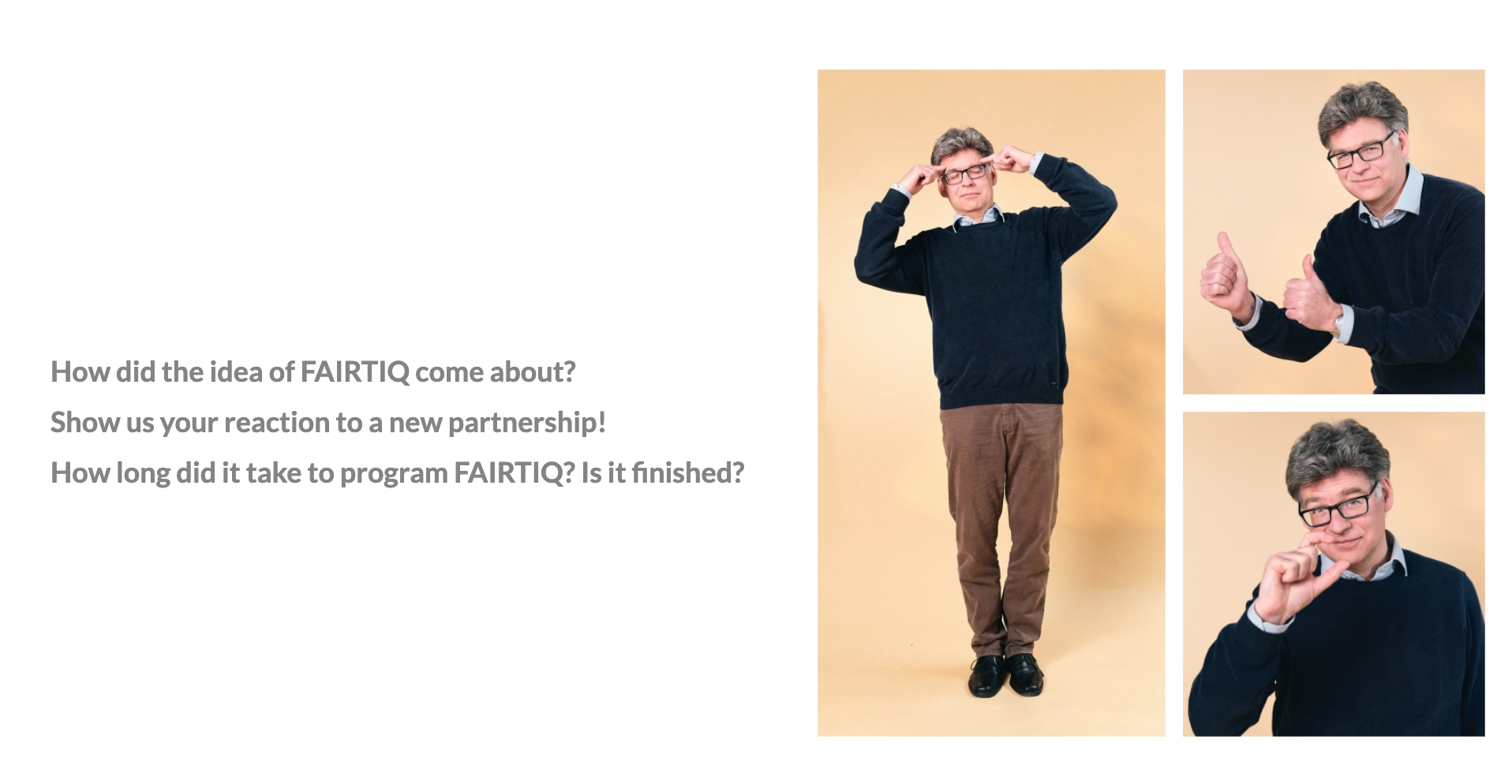 Without saying a single word, the FAIRTIQ founder and CEO answers the questions our community has always wanted to know. Click here to see for yourself!

FAIRTIQ's founders celebrated the company's fifth birthday with a traditional Swiss fondue. The timing of this cheese-filled feast was as revolutionary as the ticketing solution they created – most people would have packed away their fondue pot and forks by the middle of spring, but then the founders are not most people!

Watch the video and get the fascinating inside story on the ticketing revolution that has transformed public transport use over the last five years. 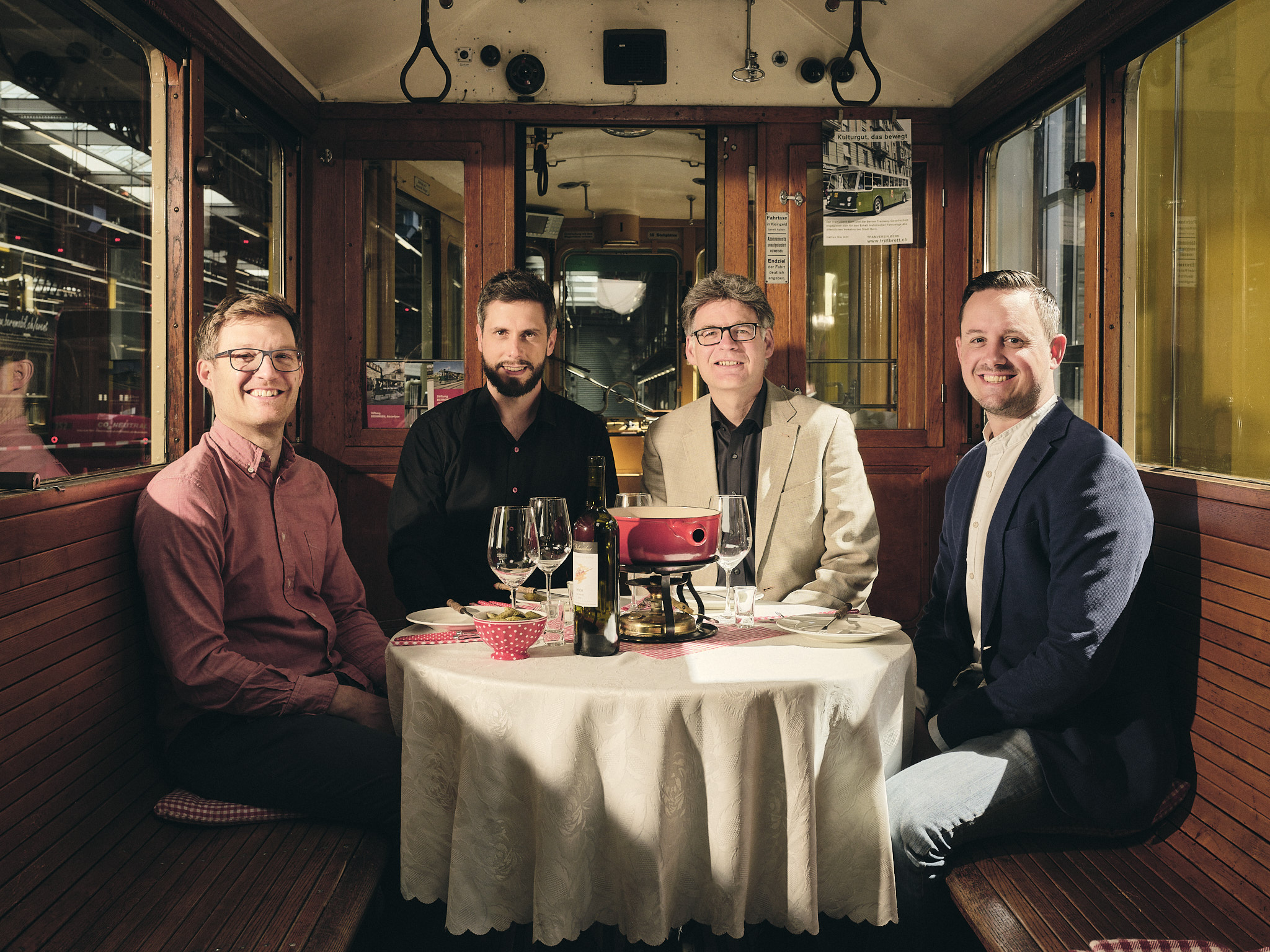 ...all our app users

...everyone who shares the FAIRTIQ vision of creating the simplest public transport ticket in the world.

By Dominic Müller
Marketing
Categories:
To read next