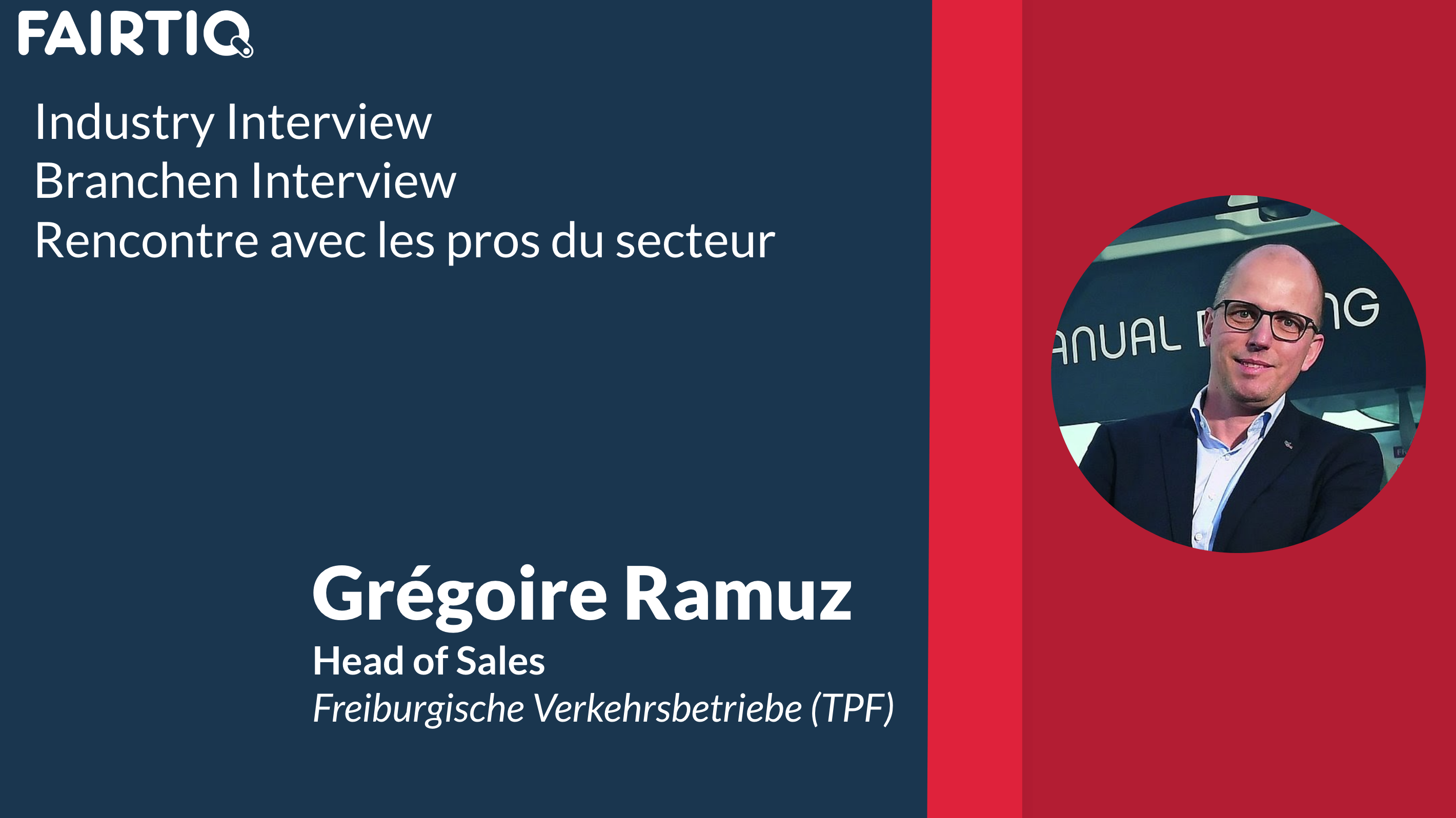 Grégoire Ramuz, Head of Sales of Transports Public Fribourgeois (TPF) reveals what it has been like working with FAIRTIQ over the last five years and recalls the early days of the ticketing app.

How the FAIRTIQ journey began...

The FAIRTIQ adventure got under way exactly five years to the day, on 28 April 2016. The six founders – Gian-Mattia Schucan, Jonas Lutz, Jeremy Naylor, Michel Yerly, Andrin Huber and Roman Prokofyev – had managed to reconstruct public transport trips from GPS data. This would become the basis of the revolutionary FAIRTIQ app, which they proudly showcased at a specially organised media conference in Fribourg.

However, this groundbreaking journey would have not been possible without the involvement and support of FAIRTIQ's three visionary partners, TPF (at the time led by Vincent Ducrot, the current CEO of Swiss Federal Railways), Verkehrsbetriebe Luzern AG (VBL) and Rhaetian Railways (RhB). From the very first pitch, all three saw the potential of the FAIRTIQ solution and quickly jumped on board. 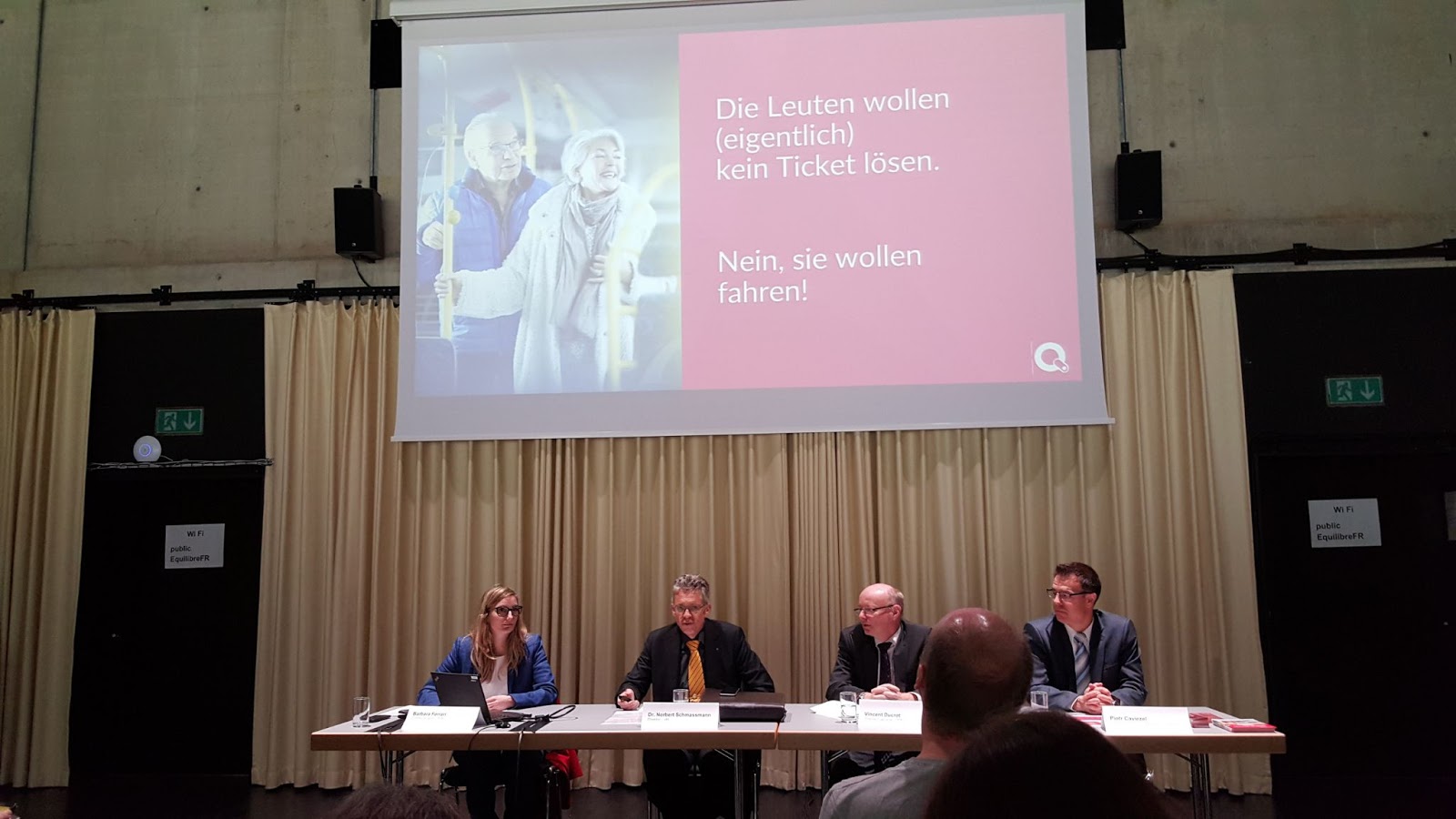 “When we launched FAIRTIQ, we didn't know whether people would actually use the app to buy their tickets. We really didn't know if we would be able to bring other transport companies on board.” Jonas Lutz, Head of Product & Marketing

On 1 March 2018, just under two years later, FAIRTIQ achieved its first major milestone: the roll-out of its solution across Switzerland and Liechtenstein thanks to partnerships it had struck with 29 public transport providers.

Today, exactly five years after its launch in Fribourg/Freiburg (Switzerland), FAIRTIQ's partner network has grown from 29 to 40 and has extended its reach into Austria and Germany. The FAIRTIQ team has also expanded, from six to more than 70, while almost 25 million trips have been taken with the FAIRTIQ app so far.

FAIRTIQ: Les Transports Publics Fribourgeois (TPF) is one of FAIRTIQ's original three partners, the other two being the Verkehrsbetrieben Luzern (VBL) and Rhaetian Railways (RhB). What was it about the innovative solution that won you over?

Grégoire Ramuz: At the time, our company was on a real innovation drive, so partnering FAIRTIQ was a logical step. We were also won over by the concept and the vision that the team pitched to us. We felt that launching this solution on the Fribourg market would help to make it easier to use public transport and therefore attract new users.

FAIRTIQ: Has the FAIRTIQ app lived up to its promise?

Grégoire Ramuz: It has. Of course, there are always teething problems when introducing something new. Yet, FAIRTIQ was fully operational from day one. I remember the pilot phase when we placed mobile phones in plastic boxes and hid them around our buses. These would collect route data which were then used to optimise the algorithms.

FAIRTIQ: What has the FAIRTIQ partnership brought to your company?

Grégoire Ramuz: Because FAIRTIQ facilitates access to public transport, we are able to offer a system that is accessible to even first-time customers. People who found our ticket machines problematic became TPF customers once they discovered the FAIRTIQ app.

FAIRTIQ: How would you sum up your working relationship with FAIRTIQ in three words?

FAIRTIQ: What do you expect from FAIRTIQ in the future?

Grégoire Ramuz: I expect that FAIRTIQ will continue to extend its reach, nationally and internationally. I also hope that the company continues to innovate. I think it is extremely important that most of the FAIRTIQ team are public transport experts.

Many thanks, Mr Ramuz, for the great interview!

By Maurice Rapin
Business Development
Categories:
To read next