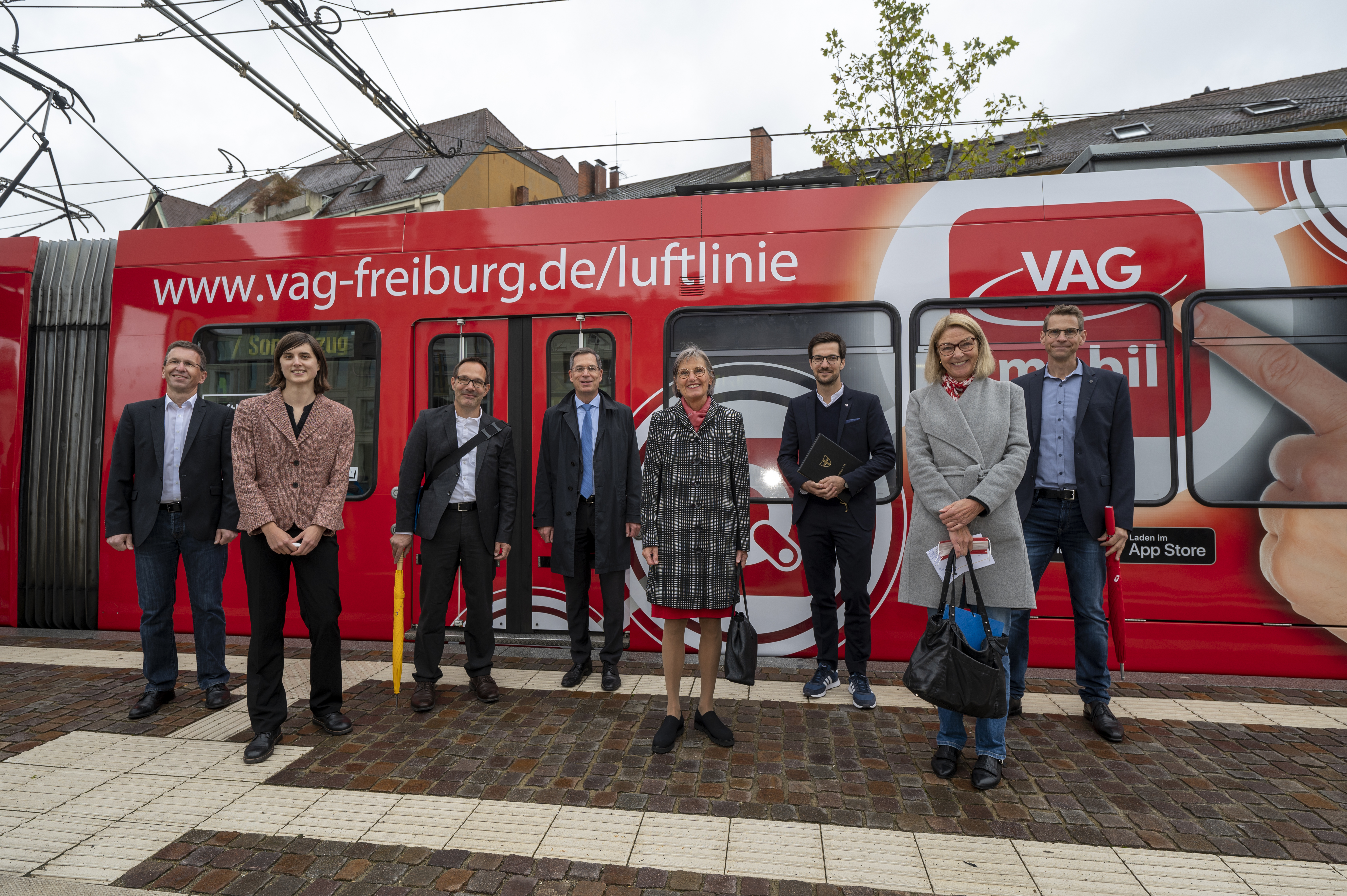 “Freiburg has been FAIRTIQ’s most successful launch to date in terms of the number of users who have registered within such a short space of time. Three weeks after the FAIRTIQ app launched in Freiburg, 1,684 (25.10.2021) users had already registered. We are keen to see whether this sharp upward trajectory continues and very much look forward to pursuing this partnership”, Gian-Mattia Schucan, FAIRTIQ CEO and founder.

“FAIRTIQ is the leading check-in/check-out solution on the market. Our technology has already processed more than 36 million public transport journeys to date. These figures are proof that the popularity of our contactless sales channel continues to rise, even during the pandemic. We are thrilled that Freiburg is now also part of this success story.” Helena Köfler speaking at the launch in Freiburg. 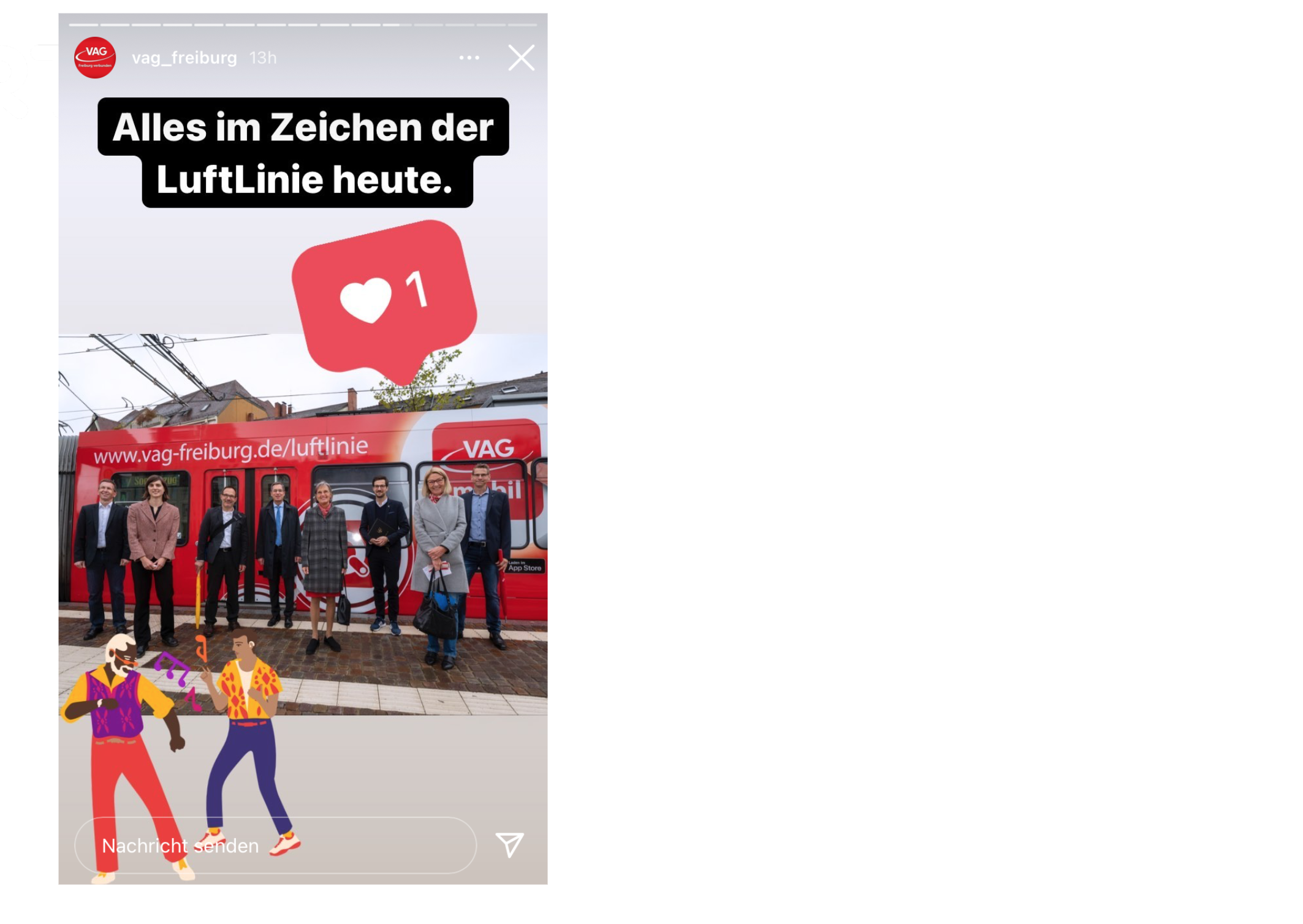 The regional public transport association RVF has joined forces with VAG, the city of Freiburg's bus and tram operator, to introduce a new distance-based fare.

“The distance-based fare  model is sure to bring first-time public transport users on board too”, notes Martin Horn, the Lord Mayor of Freiburg. "Offering the public flexible fares and easy-to-use digital sales channels will encourage more of them to make the shift to ecofriendly public transport.”

Another advantage is that users of FAIRTIQ's innovative check-in/check-out solution require zero knowledge of the network's fare structure. They simply board whenever they want and the FAIRTIQ solution uses their device's geodata to automatically record and calculate the distance travelled, as well as the correct fare for the journey.

The distance-based fare consists of a flat rate of 1.20 euro per journey, plus 25 cents per kilometre, i.e. the straight-line, direct distance between the start and end point of the customer journey, rounded up to the nearest kilometre. A daily fare cap ensures that passengers pay no more than 6 Euros per day, no matter how many journeys under 10 km they make within that period. If one or several journeys are longer than 10 km, the daily fare is capped at 12 euros. In addition, customers can hop off and on as often as they like, and only have to check in and out once provided that the interval between each leg of their journey is less than 45 minutes. RVF and VAG also offer a discount for children – a 40% reduction on both the flat rate and the per kilometre rate.

For RVF co-director Dorothee Koch, “The distance-based fare model is totally transparent and fair". This is an opinion shared by her colleague and fellow RVF co-director, Florian Kurt, “We know from other public transport associations and regions that customers find this fare extremely equitable and, most importantly, really simple.”

Göttinger Verkehrsbetriebe (GöVB), another regional public transport company in Germany, is an early adopter of the distance-based fare. GöVB has continued to expand the fare’s area of validity since it was launched in 2019.

As well as a fairer fare structure, FAIRTIQ users in Freiburg will benefit from the convenience of contactless and cashless payments, and the increased uptake of the ticketing app. Once a customer has set up their account in the FAIRTIQ app, they can use it in any FAIRTIQ partner region, including the 10 or so cities and public transport associations in Germany alone.

The launch of the distance-based fare also comes with an early bird reward. The first 1,000 passengers to download and register in the FAIRTIQ app will receive a travel credit worth 5 euros, courtesy of RVF.

27.10.2021 | Antoine Belaieff
Next webinar: Fares for our Times
Sign up here for our upcoming webinar.