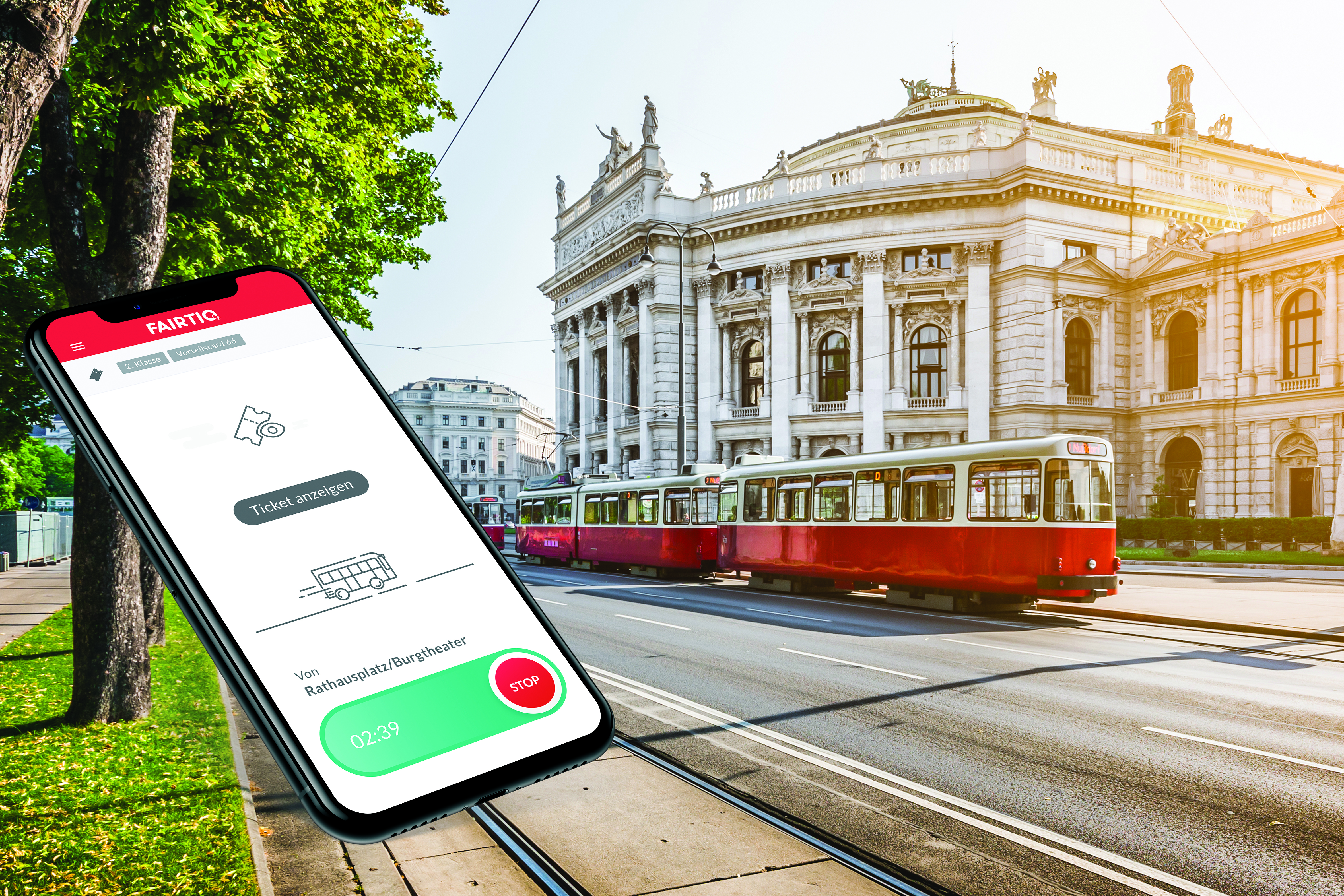 Hot on the heels of our partnership with the Verkehrsverbund Mittelthüringen (VMT), we are delighted to announce our latest project partners: the Verkehrsverbund Ost-Region (VOR), Wiener Linien and Wiener Lokalbahnen. The 3.7 million people who live in Austria’s capital and the surrounding region, coupled with more than one billion passengers every year, make up the largest public transport association in the country.

After the successful launch of the FAIRTIQ app in Vorarlberg and Linz, and the plans announced by Austrian Federal Railways (ÖBB) to use FAIRTIQ technology for its future check-in/check-out system, a pilot project has recently got under way in the three federal states of Vienna, Lower Austria and Burgenland.

FAIRTIQ technology will undergo exhaustive testing across the entire VOR network, including Vienna’s dense local public transport network. This multistage process will include test runs with a sample user group.

FAIRTIQ offers public transport companies the opportunity to make its entire a quick and efficient switch to the simplest e-ticketing option, which in turn enables them to provide their services digitally and in a user-friendly way.

The technology developed by FAIRTIQ is unique: all it takes to purchase an e-ticket is two swipes on your smartphone. We offer transport providers a comprehensive digital distribution solution that coordinates the entire implementation process and provides them with support every step of the way. In addition, the FTQ Lab App makes it possible to carry out closed tests on particular use cases.

FAIRTIQ extends its reach outside Switzerland

Over the last four years, the FAIRTIQ family has grown considerably, as ever more partners have come on board. To date, some 40 companies in the DACH region (Germany, Austria and Switzerland) have adopted FAIRTIQ’s technology.

07.12.2021
Here's to another great year for the FAIRTIQ family!
Let's keep doing our bit for sustainable mobility in 2022 and beyond.