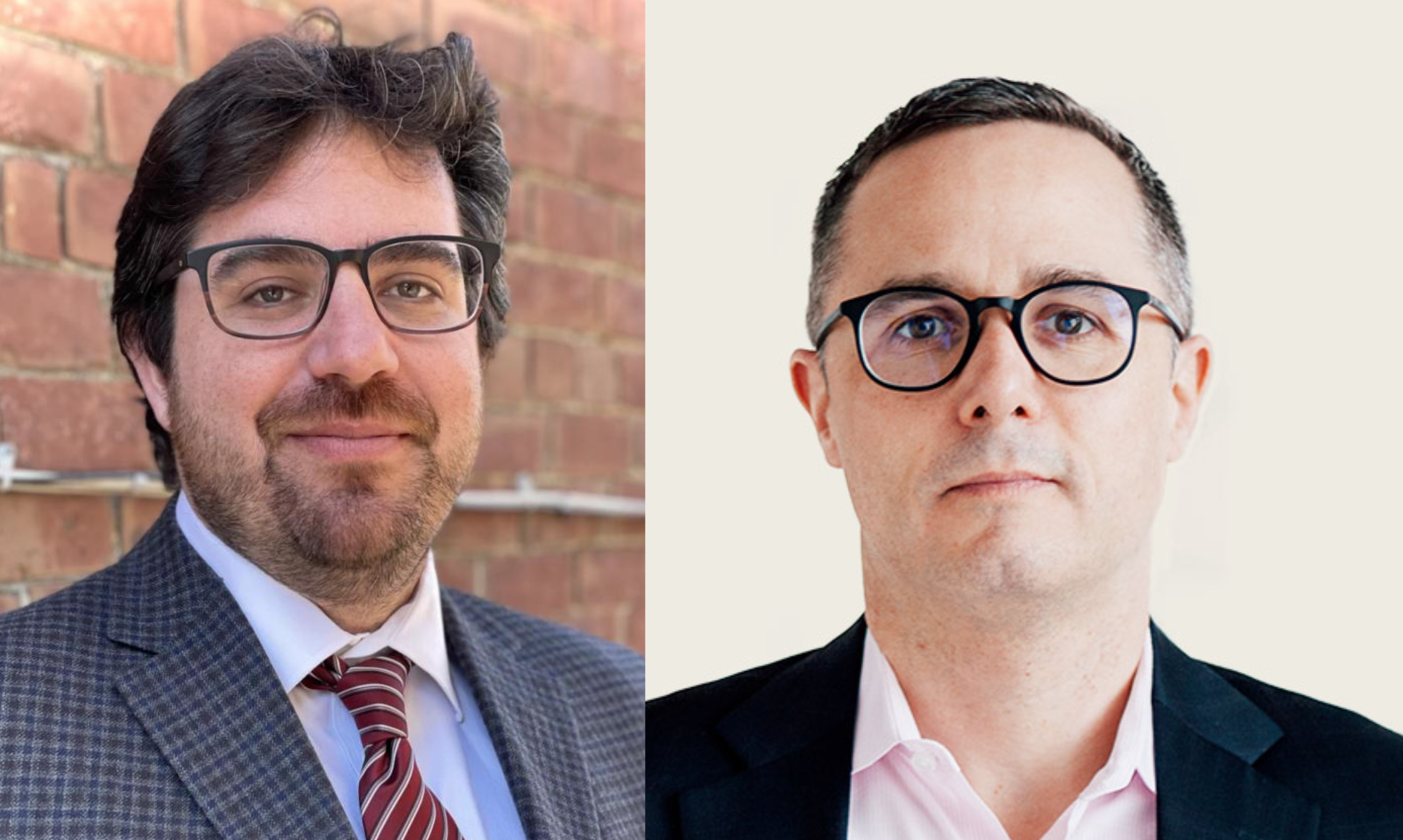 Antoine Belaieff, Lead North America at FAIRTIQ, sat down with Steven Farber, Associate Professor in the Department of Human Geography at the University of Toronto for a video interview. Steven has written extensively on equity, including equity with regards to transit fares, and recently authored an article on distance-based fares.

The two talk about fares and equity, as many governments around the world are rethinking transit fare policies, while the movement for free transit is growing.

Antoine Belaieff:  Traditionally, transit agencies require an upfront cash load, ask customers to prepay for their fares and make a decision about their consumption in advance. Do you see an issue with this model from an equity standpoint?

Absolutely, and it’s not just me. Equity-seeking groups have been arguing against cash upfront models, especially for transit passes for quite some time. Many low income families face tough choices in allocating their limited resources each month. At the beginning of the month, it is hard to make a decision to load a monthly pass card upfront with a couple of hundred dollars in the case of Toronto, rather than being able to spend that money on important things like groceries or medication for their children. It results in quite a conundrum and even in inefficient spending on transit as families decide not to purchase a pass. Over the course of the month, they end up spending more than they would have because they couldn’t get the resources together at the right time to purchase that lump-sum pass.

Antoine Belaieff: In addition, with the pandemic and new ways of working, people don’t know how many days they will be travelling and their lives have become more flexible. What could they be replaced with?

There are structures that provide flexibility while keeping costs low and predictable for transit agencies and households. A monthly cap has the same effect as a monthly pass, but customers build up to it over the course of the month. There could be a flat cap or a prorated rebate on transit expenses as people travel over a 30-day period. So the base rate of $3 per trip may apply, but as people travel, they are charged less and less per ride until they reach a cap of some value akin to what the monthly pass would have cost in the first place.

Antoine Belaieff: Distance-based fares also generate a lot of discussion. These are common on long-distance or commuter services but less so on city services, especially in North America. You have done some research on this area. What did you find out?

There are historical reasons for distance-based and flat fares. Much of that history has to do with fare collection technologies available to bus companies versus commuter rail agencies. While rail companies have generally had origin to destination prices, the complexity involved in a multimodal urban transit system dominated by buses has led towards flat fares.

The main concerns around moving local transit to distance-based fares is the potential impact on populations that rely on transit for affordable mobility and the risks associated with long-distance trips becoming more unaffordable for people living in poverty or suffering from different forms of injustices. There is justified fear that those riders might be disproportionately impacted by large fare increases for long-distance trips.

Historically, this was not really considered to be a problem in the North American context because most communities that were living in poverty were located downtown and did not take really long trips. Let me nerd out for second: in a traditional North American mono-centric city, wealthier commuters came from the suburbs taking long distance trips and poor communities living in central areas were taking much shorter trips. In that set-up, you could see distance-based fares having a positive impact on equity. Those who could afford more paid more, while those living in the centre who could afford less would pay less for their transit. And that does result in a more just distribution of the costs of the transit system.

But over the last 30 years we’ve seen a slow transition away from a concentration of poverty in inner cities. Inner cities have been rejuvenated and gentrified. They have become more desirable for wealthier groups of people with resulting displacement into suburbs and less accessible areas. These areas require much longer trips, and that’s where low-income populations would be negatively impacted by change into distance-based fares.

It is a very nuanced discussion; it is not a solution that can be applied equally fairly in every city around the world. It depends a lot on the local social geography of where different social groups live in the city. And it is never going to be a one-size-fits-all solution even within a specific region. I think that the risks associated with making long-distance travel severely unaffordable for people are always going to require special subsidies or interventions to make sure that these equity concerns are handled really well from the beginning.

Antoine Belaieff: To put in another way, you could use distance based fares to actually make short trips cheaper and then apply capping (daily, weekly or monthly), modulating pricing in a way to better target the different needs of different commuters.

In addition to historical patterns resulting in lower income families needing to travel shorter distances for their commutes, low income transit users are using public transit for many more of their daily activities compared to wealthier transit users who tend to just do the out and back work commute and then use their car for other activities like shopping, and shuttling their children and going to appointments.

Non-car owning families and especially low income families are using transit for all of these daily errands. Many of their trips take place within their communities, much more so than for wealthier transit users. There would be a lot of benefit in reducing the cost of transit for trips that constitute daily necessities other than the work commute.

In short, we should be encouraging policies that make freedom of mobility more widespread amongst transit-dependent populations. But at the same time, we can’t do it by severely limiting the freedom of mobility for low income families who need to travel greater distances for work, appointments, for school and things like that.

Antoine Belaieff: We’ve heard a lot about free transit. So why don’t we make transit free to solve the problem altogether? Transit is already highly subsidised and fare collection systems are complicated. Why don’t we just say it is a public service that benefits everyone like street lighting or parks, and make it free. What do you think?

There are many interesting angles or dimensions to explore within the free transit debate. I’ll start with some of the nice aspects, but ultimately, I will end up in a position where it is not something I would recommend doing for practical reasons right now.

Philosophically, it is really hard to find fare policies that meet all of the needs of the triple bottom line. From a social policy standpoint, free transit achieves a social objective, providing affordable mobility for all citizens without constraint.

Environmentally it is fantastic. It will attract a lot of people out of their cars into public transit. However, for many people, it is not the cost of transit that forms a barrier, while other drivers on the margin would be attracted by free transit.

Economically, it depends who you ask. It clearly imposes a huge revenue strain on the operator and the government who is going to have to subsidize it. Would it be good for the economy? I absolutely think there are huge gains to be made by creating a fairer transportation system, one that allows people to move more efficiently and effectively and without cost barriers. Ultimately free transit has a huge promise.

Until a system is properly built out, however, or until we have adequate levels of service, I much prefer seeing funding being devoted towards the expansion and improvement of our transit system. If you asked me, whether we should have free transit today, which will cost the city of Toronto an estimated additional $1.5 billion dollars a year, I’d rather see that money being spent every year to expand our rail network, to expand our BRT system, to invest in more buses, and to provide higher levels of service.

Network and service improvements would be a far better policy direction to pursue that would result in more use in the long run, because I think that the major impediment to use for the vast majority of people is not cost, but service quality.

So given the choice, I would prefer to see the huge subsidies that would make transit totally free into investing into expansion of services. That being said, that does not solve the equity issue, and especially affordability issues, and specifically for people living in poverty. If it is going to take a billion and a half to make transit totally free, let's take 200 million and get really serious about concessions for people who really have an affordability crunch. And then spend the remaining money on expanding our system every year. And then continue doing that for 15, 20, 30 years to be in a much better position than we would be if we needed to subsidize transit for everyone even more. Many users don’t need a subsidy. You and I don't need a subsidy. But we would get one if transit were free. That’s also inefficient.

In short, in the long run, a much better allocation of resources is to get serious about low income concessions, and at the same time focus that extra money onto expanding services and improving service delivery.

That’s fantastic: you really tied it up neatly in a great package for transit agencies listening today. We talked about giving up on getting cash up front and making it more of a pay-as-you-go experience; very precisely and carefully experimenting with distance-based fares through an equity lens, lowering the price of short trips to really think about the experience of those who use transit for most of their mobility needs.

Find out more about Steven Farber on his website. 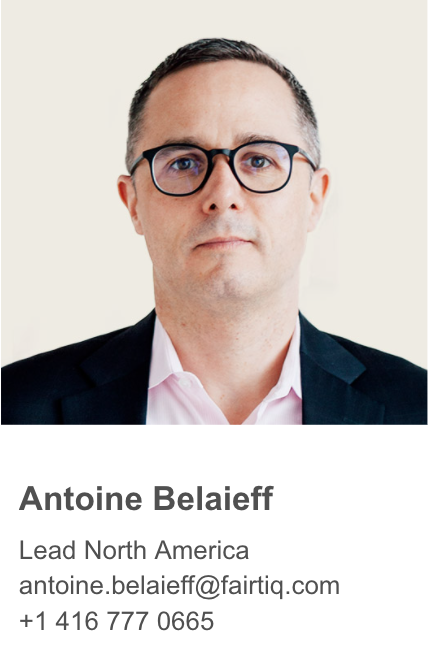