Antoine, Lead North America at FAIRTIQ, sat down with TJ Ross to get his views on fares and fare collection.

TJ’s career spans decades, including as Executive Director of Pace Suburban Bus in the Chicago Area and General Manager of Phoenix Transit System.

TJ takes us through his journey from cash to cards before discussing the future of monthly passes and distance-based fares with Antoine, with incursions into making transit completely free, or billed and postpaid like utilities.

Hi TJ, can you share some highlights of your career in fares and fare collection?

It really started out at Phoenix Transit in the 70s when we transitioned from a mechanical farebox to one of the first electronic farebox systems in the US, with the ability to collect dollar bills without stuffing them into a farebox.

It allowed us to change fares fairly easily and increased revenue because users were now paying the correct fare.

In the early 90s, our electronic fareboxes became obsolete and the manufacturer couldn't upgrade them, so we decided to do it ourselves. We added card readers to the fareboxes, which allowed us to accept credit cards when no no other transit system did. Also, we introduced a post-pay transit benefit card for employers. At the end of the month, employers were invoiced for their employees’ rides.

A little over 20 years ago, I started as executive director at Pace Bus in the Chicago area, whose fare system needed upgrading. We implemented a common system with the CTA, which allowed us to eliminate paper transfers and improve the experience of transferring between the two systems. This created real trust between CTA and Pace on revenue sharing because we now knew which systems users were traveling on, and where they got on. You couldn't tell where they got off, but you could tell where the transfers were made.

I'm interested in the future of work and the reliance on passes by transit agencies. Can you describe what you think will happen?

The nature of the work trip has changed. You don't necessarily know what days of the week you're going to work or even where. As a result, your work trip becomes a little more random. Monthly pass sales won’t continue to exist like they once did.

Five or seven-day passes don't seem to be very popular either. Instead, most people are moving to single fares on a trip by trip basis instead of a pass they may not use. The reality was that the monthly pass was often a convenience. In fact, the average fare on a monthly pass in many places was higher than the normal boarding fare.

What do you think is going to replace passes, and what would you tell an agency that's contemplating the future of this secure source of revenue?

They need to rethink their fare policy in terms of post-pay, so that public transit service is an employer-based or service-based benefit.

Also, find a way to be the broker(clearinghouse) for fares for all the different kinds of services whether they're electric scooters, TNCs or taxis.

What about distance-based fares? In North America, you see them most frequently associated with commuter rail. Some agencies in Europe are starting to look at them at a local level. They are also common in Asia and Australia.

We know in public transit that fixed fares have always been a problem from an equity standpoint. Short trips are more expensive for passengers than longer trips, and we need to find a way to encourage shorter transit trips as a means of increasing ridership

What would you say to an agency that might be interested in distance-based fares but have a constituency that has to travel long distances and cannot afford higher fares?

There are systems that have identified costs associated with housing costs, transportation, accessibility, and employment and it would be possible to establish a kind of a geofence around certain areas. Thus, if the commute from an area to another is long, fares can be lowered.

The other way to handle it is through employers. Employers could subsidize fares to attract people who live far away, for example warehousing functions on the fringe of urban areas require employees to make long reverse commute trips from urban areas.

I heard that about 40 U.S cities don't charge fares and some suspended fare collection to minimize contacts. It can sound attractive. What do you think?

I’ve had experience with free fares and there are some interesting results. There is a free fare system in the Chicago region for low-income elderly and low-income people with disabilities. This system is interesting because it offers free fares on Metra, CTA and Pace with free transfers. Anecdotally, people with these free fare cards take all three public transit services to meet their needs in a way no one else does. So there are some positive sides to it.

The negative side is that peak hour service is expensive to provide. Free fares can slow down the whole system for everybody if you get incredible crush loads you can't handle.

Also, people without housing can spend a lot of time on the bus if they can ride for free, although it can be solved.

I'm just not a big free fare advocate. I think that it may be one tool we can use, but it's just too much to offer it to everyone.

What other messages would you have to a transit leader who's considering what to do with their fare policy?

They should move towards being the region's broker for transportation, including all the non-public transit-type services. That includes a single account based fare system for public transit and the new mobility services rather then the current trend of separate partially coordinated payment systems.

All the non-public transit-type services use distance-based fares and transit should gain experience with these fares. Don’t implement it for the whole system right away tomorrow and force everybody into it, but give it a try, looking at what insurance companies are doing with pay-as-you-drive insurance. It's time to get some data, figure out if this works for us, what percentage of our customers would really benefit from it, and what new markets could be entered.

What do you see as the advantages of postpaid to prepaid?

It’s another example that brings us into the common market for services and goods. For example, you pay for utilities based on what you use. Transit wants you to prepay and know in advance how much you are going to use the system. You don't pay a fixed rate for gasoline for your car every year since you pay for it as you use it, even though you pay for it in advance.

Employers are not going to subsidize a flat rate for transportation. If they provide a subsidy, they want something based on usage. They want to see the benefits of providing that service and who is benefiting.

Thanks TJ for your insights gleaned over your long career in transit!

👉 Meet FAIRTIQ here: Virtual Conference on Transit Ticketing & Fare Collection in the US 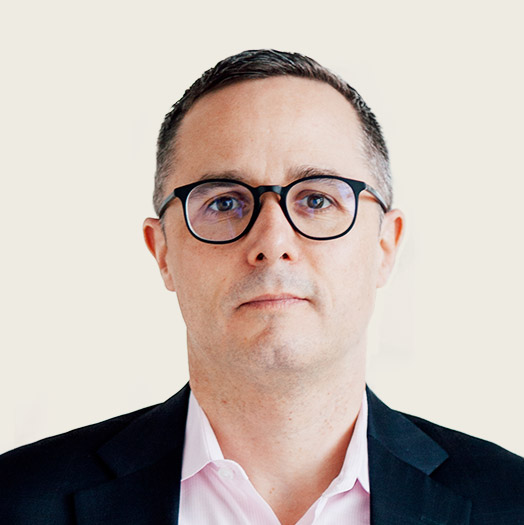