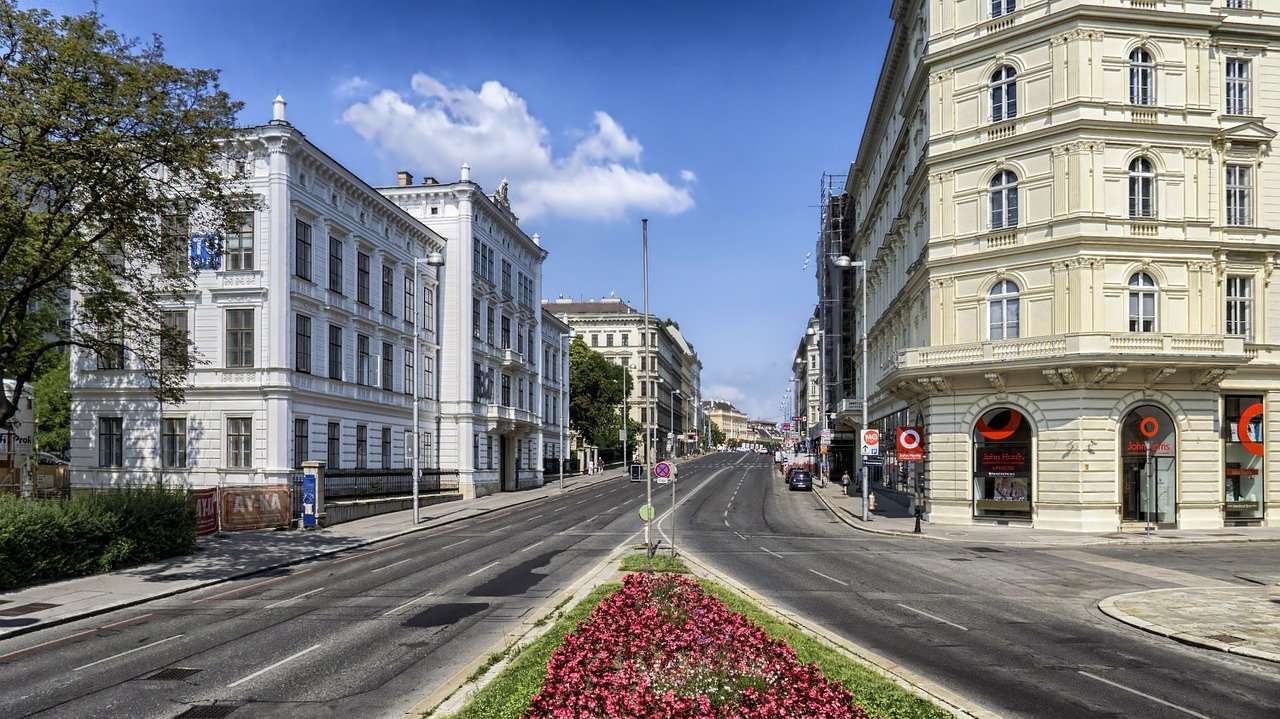 For only 1,095 euros (or 949 euros for early birds), travellers in Austria can now purchase the one-year ‘KlimaTicket’, which is valid on almost all of the country’s entire public transport services – from long-distance trains to regional bus routes and the subway networks. The KlimaTicket also honours a central election pledge made by the current federal government to increase public transport use.

"I keep getting asked these days if there is still a place for FAIRTIQ in Austria. The answer is an unequivocal yes. They are mutually complementary, not mutually exclusive." 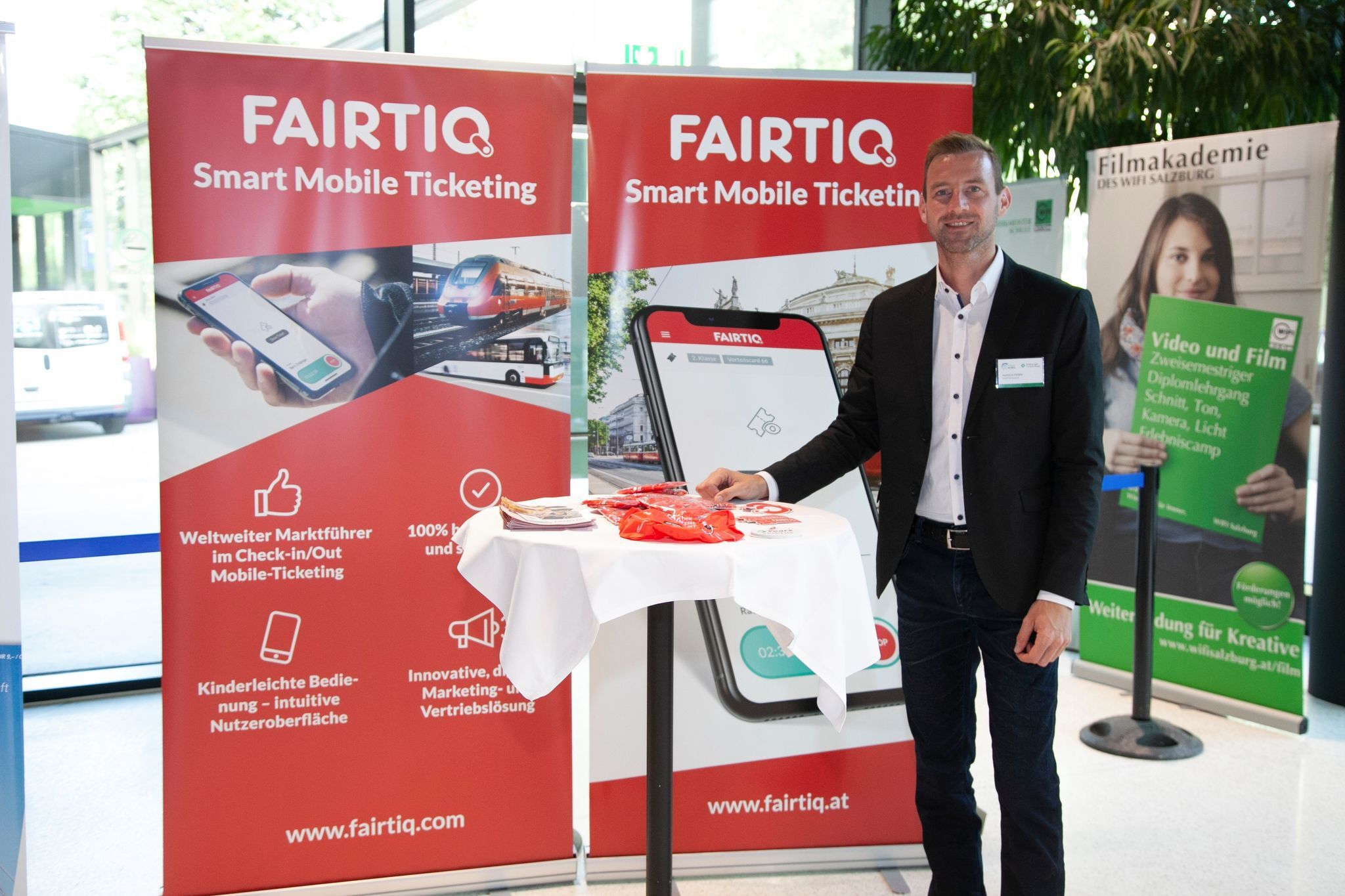 Markus Fedra at the Salzburger Verkehrstage 2021

First of all, the two ticketing solutions have different target customers. FAIRTIQ has always been geared primarily at occasional and first-time public transport users, whereas an annual season ticket offers regular and heavy users better value for money. Of course, the nationwide KlimaTicket will mean that holders need fewer regional one-way tickets. At the same time, many people do not use public transport enough for the new ticket to be financially worthwhile. This is precisely the group who is better served by the FAIRTIQ solution, i.e. individuals who do not take public transport very often (yet) and who are not ready (yet) to commit to an annual season ticket.

There is also the hope that the general discussion on the shift to public transport and the service improvement plans that were announced in conjunction with the KlimaTicket will lead to an overall rise in the number of public transport users. In this regard, FAIRTIQ serves as a good jumping-off point.

A perfect example is Vorarlberg, where an annual season ticket for the state’s entire public transport network has cost 365 euros since 2014. You could say it is a KlimaTicket of sorts. As many as 75,000 of Vorarlberg’s 400,000 residents are holders of this annual travelcard.

Added to this is the fact that Vorarlberg introduced the FAIRTIQ app over three years ago and user numbers have grown steadily ever since. Today, more than 10,000 Vorarlberg residents are regular users of the FAIRTIQ app. This situation illustrates the combined strengths of the two ticketing solutions. The annual travelcard is great for regular users who want the convenience of having a ticket in their pocket at all times, whereas the simple and flexible FAIRTIQ check-in solution is great for those who want to give public transport a try without any upfront commitment or who only take public transport occasionally and do not want the hassle of working out what ticket they need or deciphering fare zone maps. An added  benefit of the FAIRTIQ solution is that it could potentially encourage first-time and occasional users to take public transport more often.

Some of the ways FAIRTIQ can do this is through promotions like bonuses for new users, environmental awareness and mobility weeks, and even completely new fare or travel credit models like a monthly best price guarantee. In some regions, users of the FAIRTIQ app who have gone from occasional to more regular public transport users even receive a notification that they might be better off investing in a season ticket. This makes it possible to recruit regular customers in a targeted way.

On the whole, lower pricing makes the annual season ticket a more attractive option. These days, many continue to work from home, so it makes a big difference if the annual season ticket makes financial sense when the person commutes to and from the office four days every week rather than two. In this respect, Austria is taking a different approach to its neighbours. In Germany, the VDV, the Association of German Transport Companies, has criticised reduced-price annual season tickets. In Switzerland, talk has once again turned to possibly increasing the price of its popular annual travelcard, the Generalabo and even abolishing it completely because some see it as unfair or feel that its incentive effect is too weak.

It remains to be seen to what extent the KlimaTicket will contribute to shaping transport policy in Austria. What will be decisive here is the number of current car drivers who can be persuaded to switch to public transport. Studies show that the quality of the services on offer plays a greater role than the price. In Vienna, for example, the 365 euro annual ticket has not been a major factor behind the considerable modal shift in favour of public transport. The main drivers were the decades-long service expansion, including a denser network & higher-frequency services, as well as a comprehensive transport policy that covers aspects such as parking space management, speed limits and park-and-ride facilities, to name but a few. An expert survey conducted by VCÖ ranks ticket prices ninth in the list of 10 measures that could boost the modal share of public transport.

The KlimaTicket is definitely a milestone for Austria; it is the first time that passengers can access the entire public transport network with a single ticket. However, a significant improvement in services will be required if the ticket is to unlock its full potential.

Markus Fedra is Business Development Manager for FAIRTIQ in Austria. Even as a boy, he took a keen interest in finding ways to convince more people of the benefits that public transport has to offer.

In his professional life, he has acquired in-depth experience on the subject through his work for several transport companies and consulting roles in innovative mobility projects. Markus joined FAIRTIQ because he was fascinated by its vision of making public transport use as easy as it could possibly be. In his private life, he has made the conscious decision to go car-free and prefers to travel within Europe by train. 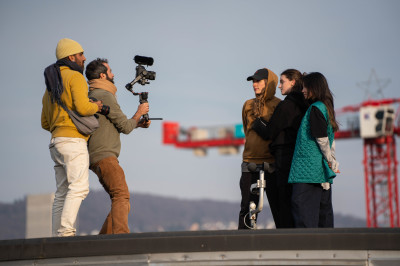